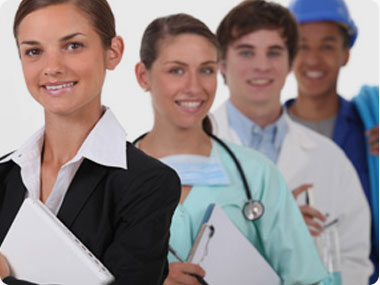 Half of the global workforce, or 50%, say they have faced discrimination at work which led to them missing out on career advancement or training, according to a survey from PwC.

The survey of 32,500 workers in 19 countries found that 13% report missing out on opportunities as a result of ethnicity and 14% of workers said they have experienced discrimination on the grounds of gender, with women twice as likely to report gender discrimination as men.

There were also disparities in access to upskilling opportunities. According to the survey, while 46% of people with postgraduate degrees say their employer gives them many opportunities to improve their digital skills, 28% of people with school-leaver qualifications say the same. Industries like retail or transport, which are most at risk of disruption, score just 25% and 20% respectively; while banking scores 42%.

“If current patterns in access to training persist, upskilling will increase social inequality when it should be doing precisely the opposite,” Bhushan Sethi, Joint Global Leader of PwC’s People and Organization Practice, said. “Government and business leaders need to work together to intensify efforts to ensure people in the most-at risk industries and groups get the opportunities they need.”

Meanwhile, the survey found that 60% are worried that automation is putting many jobs at risk; 48% believe ‘traditional employment won’t be around in the future’ and 39% think it is likely that their job will be obsolete within five years.

Nearly half, or 40%, of workers say their digital skills have been improved through the prolonged period of lockdown, and claim they’ll continue to embrace training and skill development. 77% are ‘ready to learn new skills or completely re-train’ and 74% see training as a matter of personal responsibility. Furthermore, 80% are confident they can adapt to new technologies entering their workplace, with a large majority of those asked in India (69%) and in South Africa (66%) saying they are ‘very’ confident.

“Automation and technological disruption are inevitable, but we can control whether its negative effects are managed or not,” Sethi said.

The survey concluded that remote working will persist post-lockdown. Of those who can work remotely, 72% of say they prefer a mixture of in-person and remote working, with 9% stating they would like to go back to their traditional work environment full-time.

Workers in metropolitan areas (66%) are more likely to work in roles that could allow remote working than those who live in rural areas (44%).

PwC also found that 44% of workers globally would agree to let their employer use technology to monitor their performance at work including sensors and wearable devices, with 31% against.